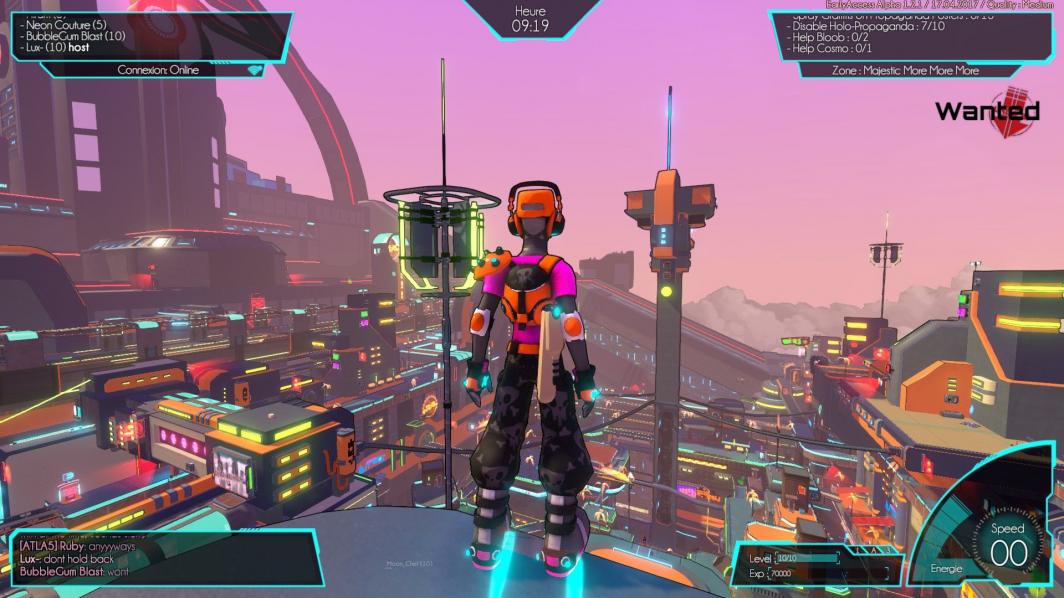 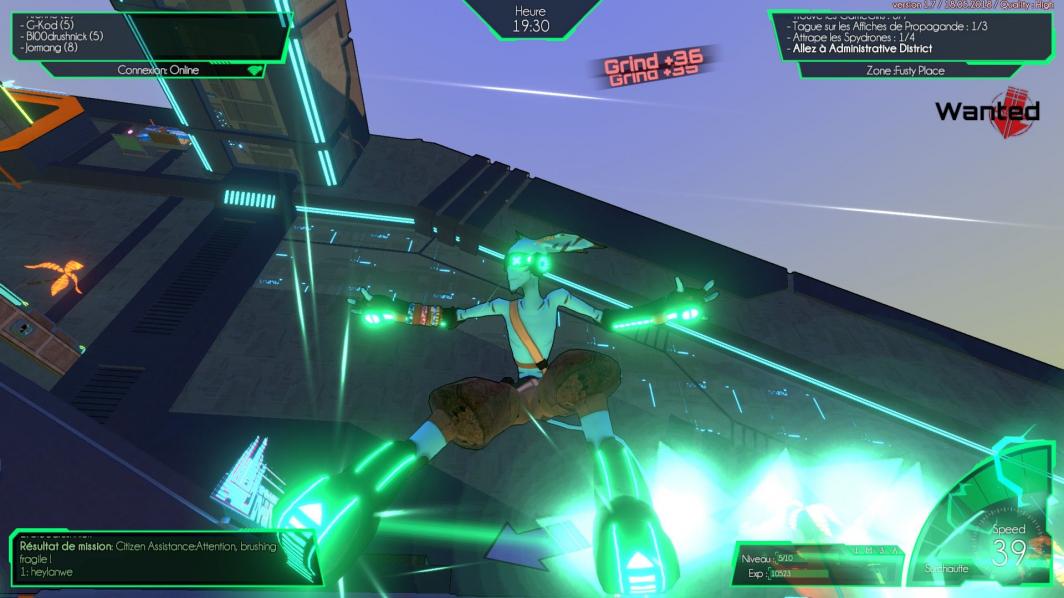 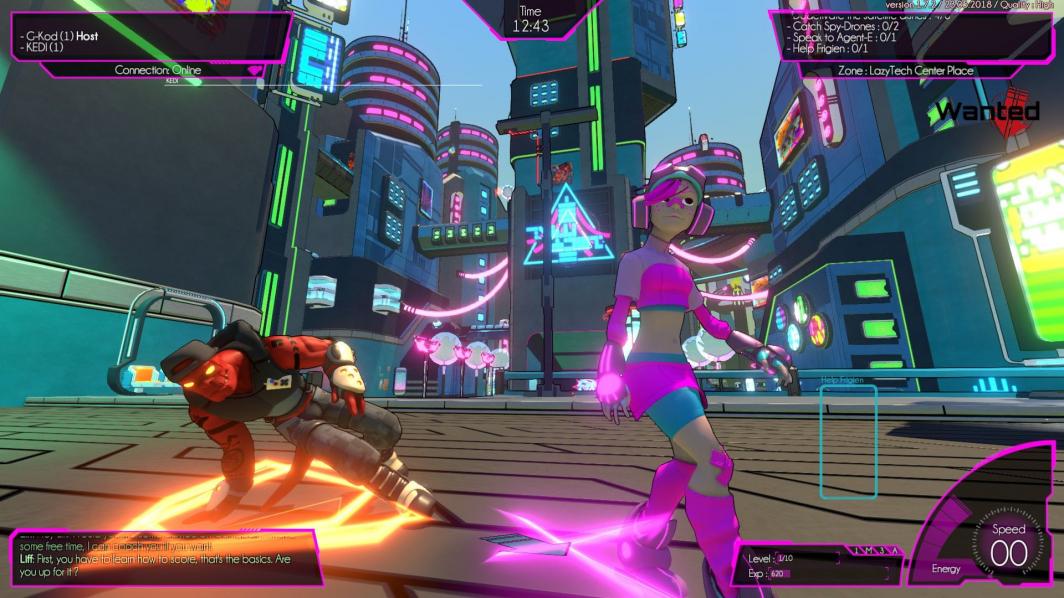 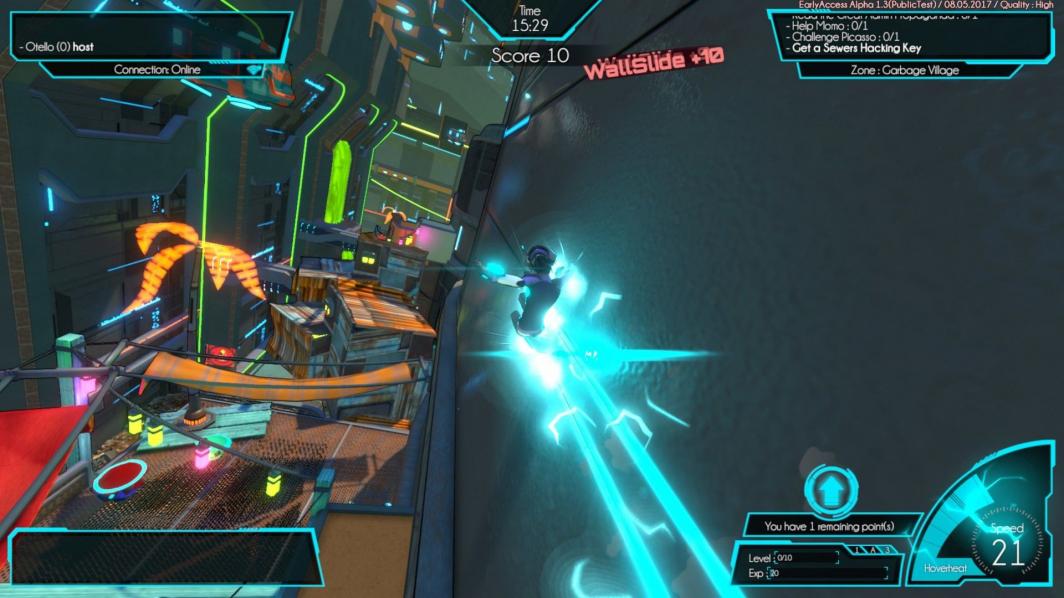 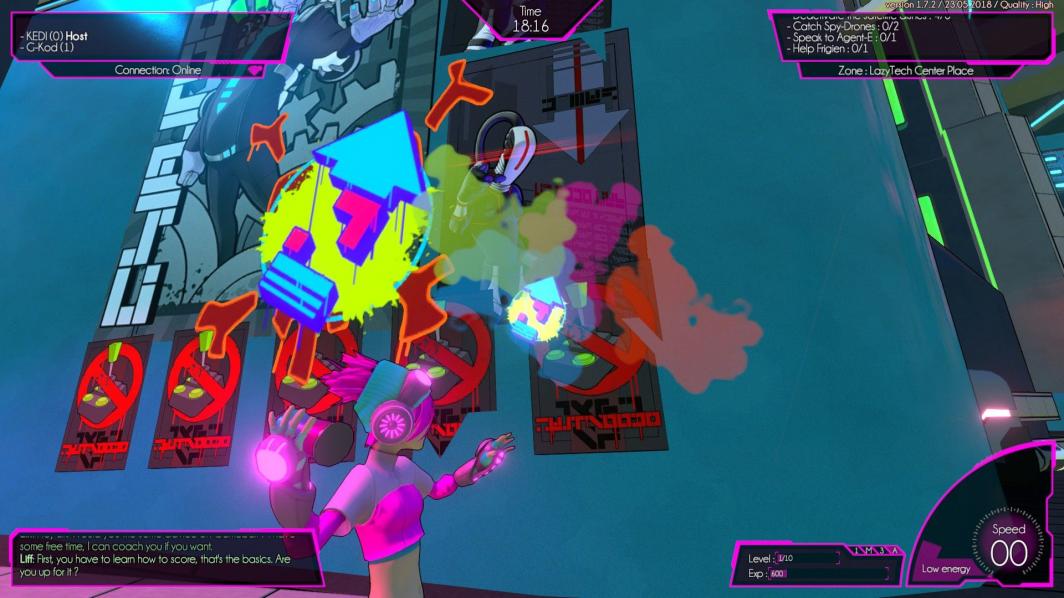 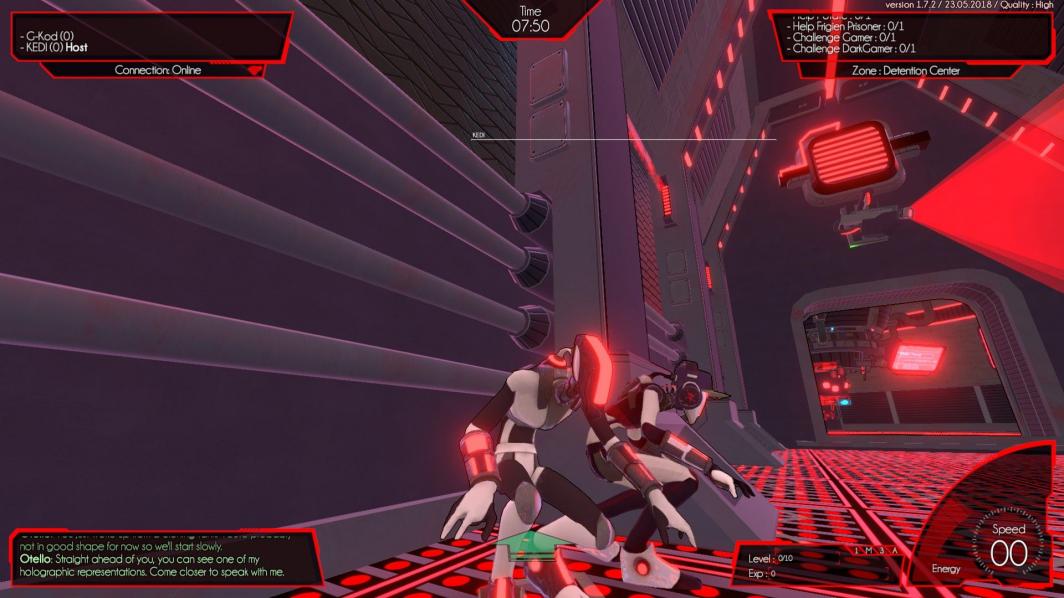 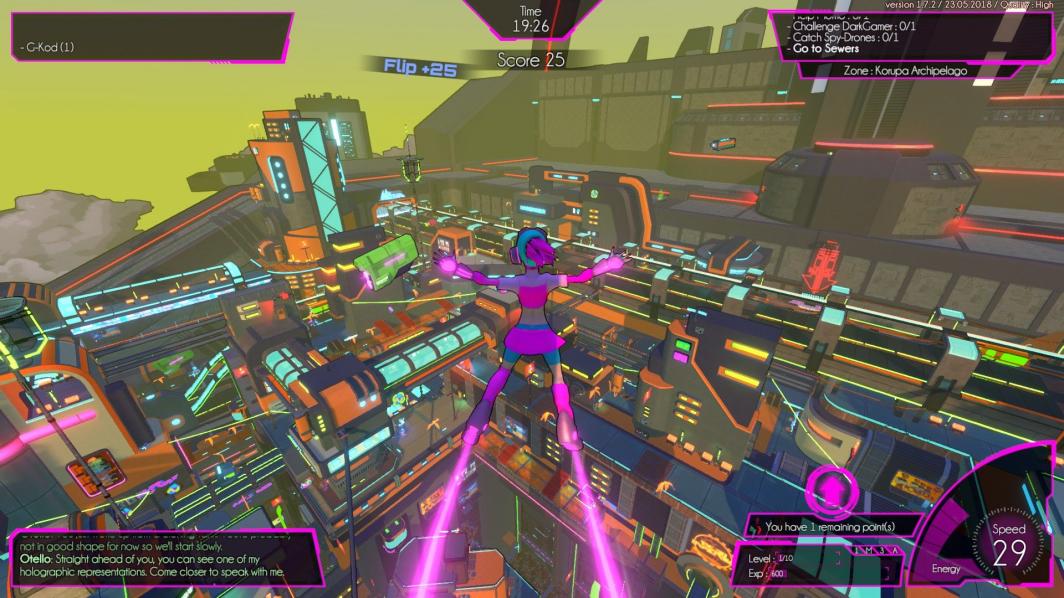 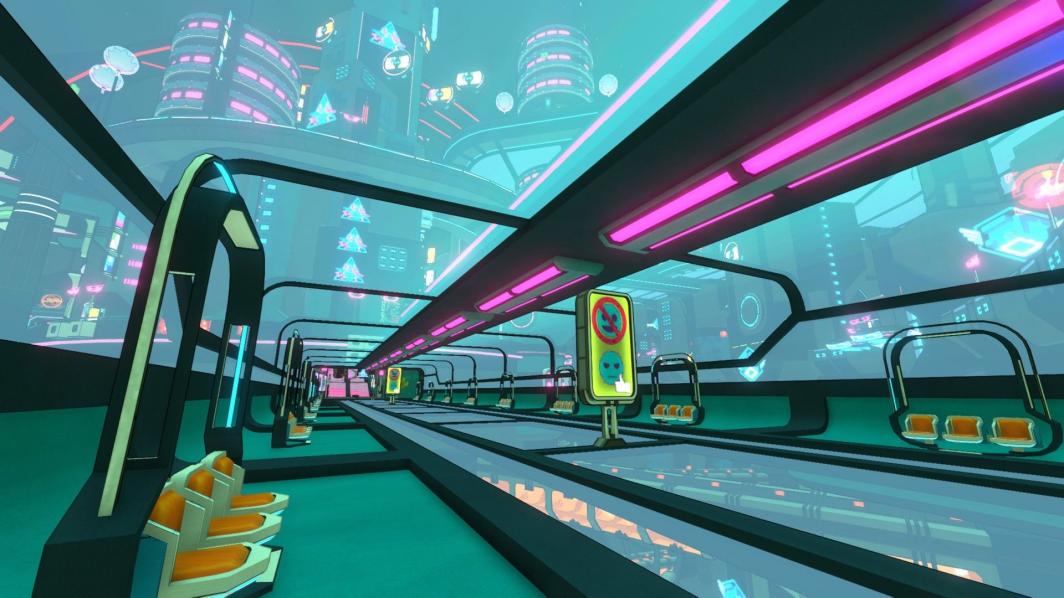 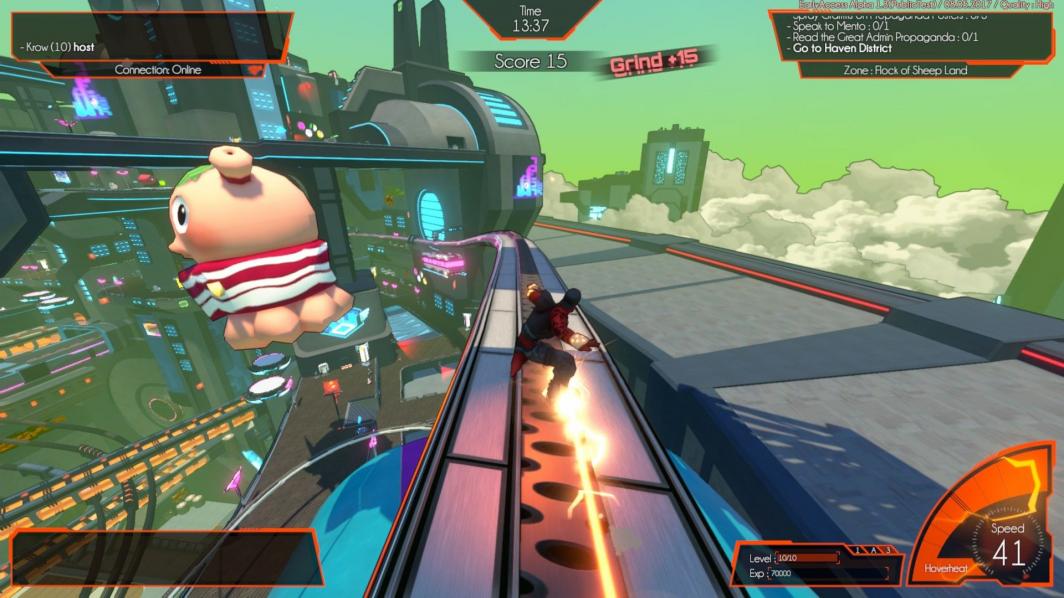 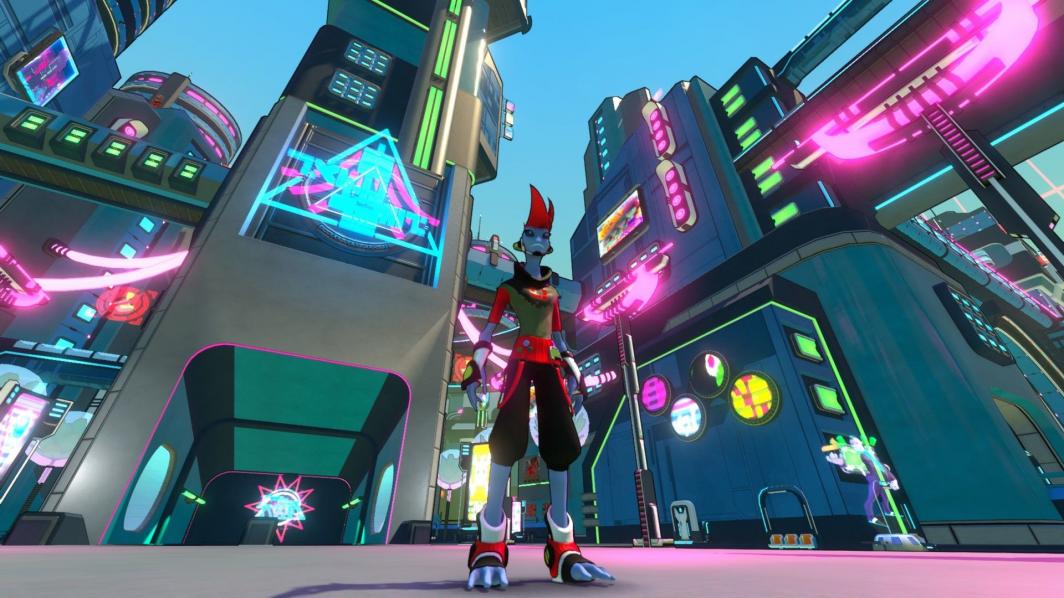 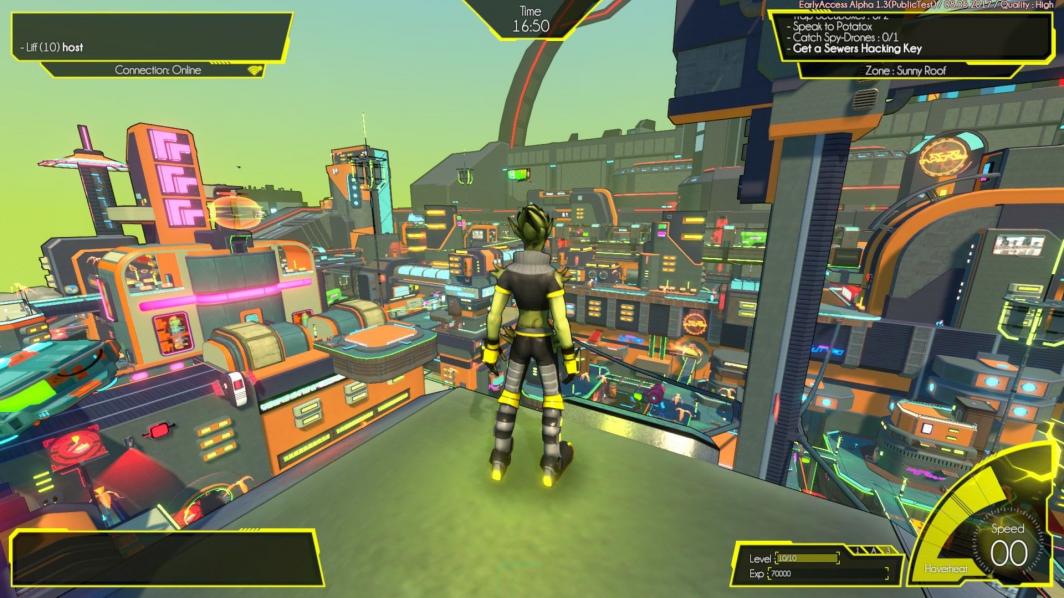 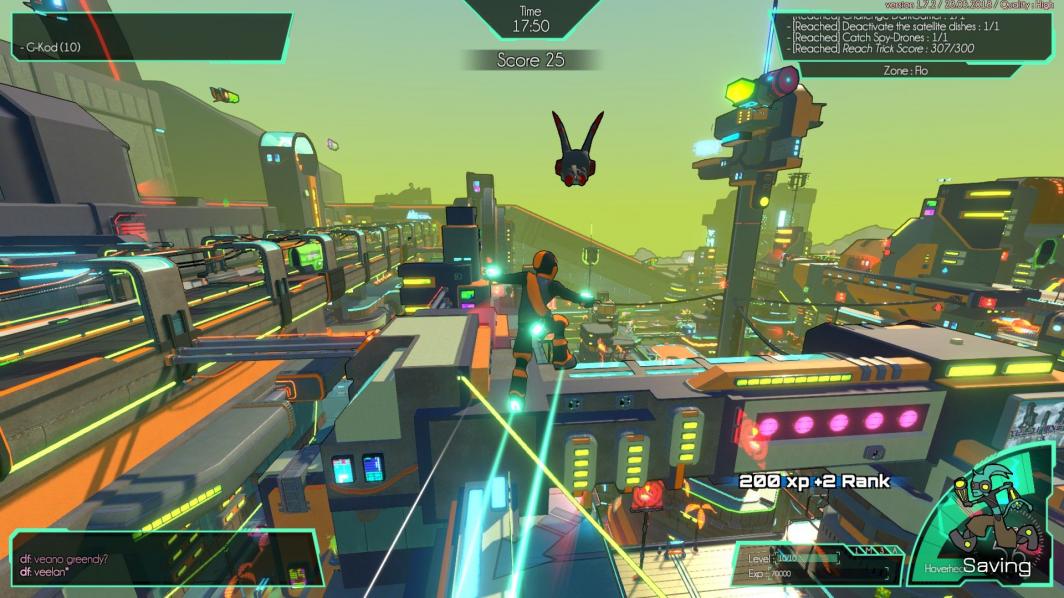 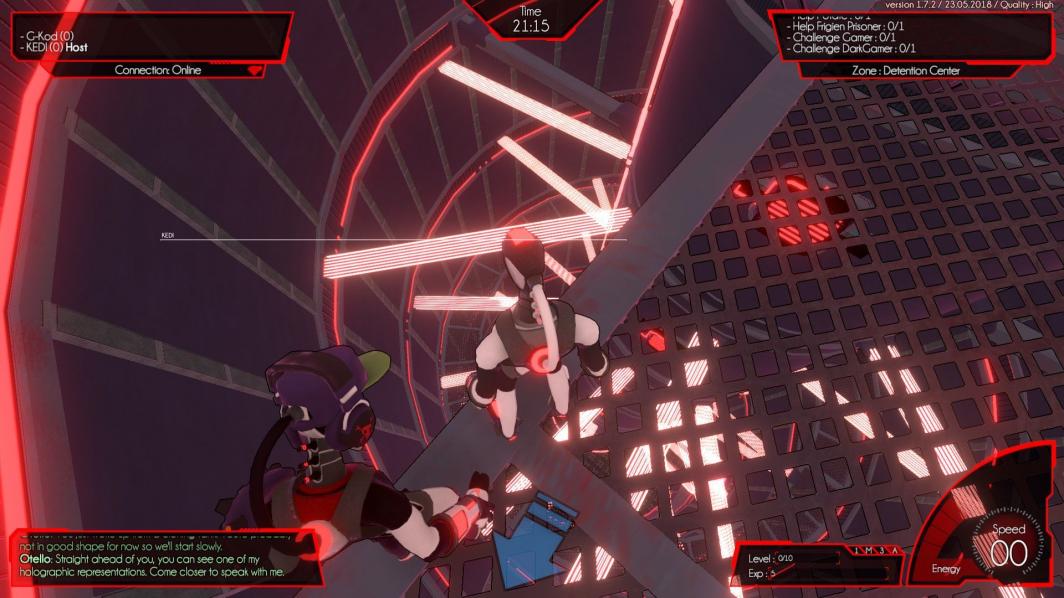 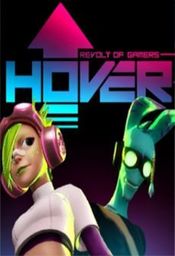 Created and developed by 3 young independant developers, "Hover: Revolt of Gamers" is a futuristic 3D parkour game in an openworld. Halfway between the crazy universe from Jet Set Radio, the interactivity of Mirror's Edge and inspired by movies like the 5th Element or Star Wars ; "Hover: Revolt of Gamers" takes place in another world where you're in charge of a band of Gamers revolting against anti-video-games laws opressing the city.

You'll have to free the citizen restrained by autorities, localise and then infiltrate anti video games propaganda control centers, retrieve gaming consoles confiscated from the population to overthrow the new Mayor, who is the cause of this mess.