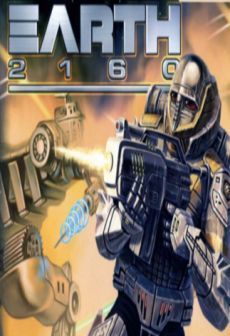 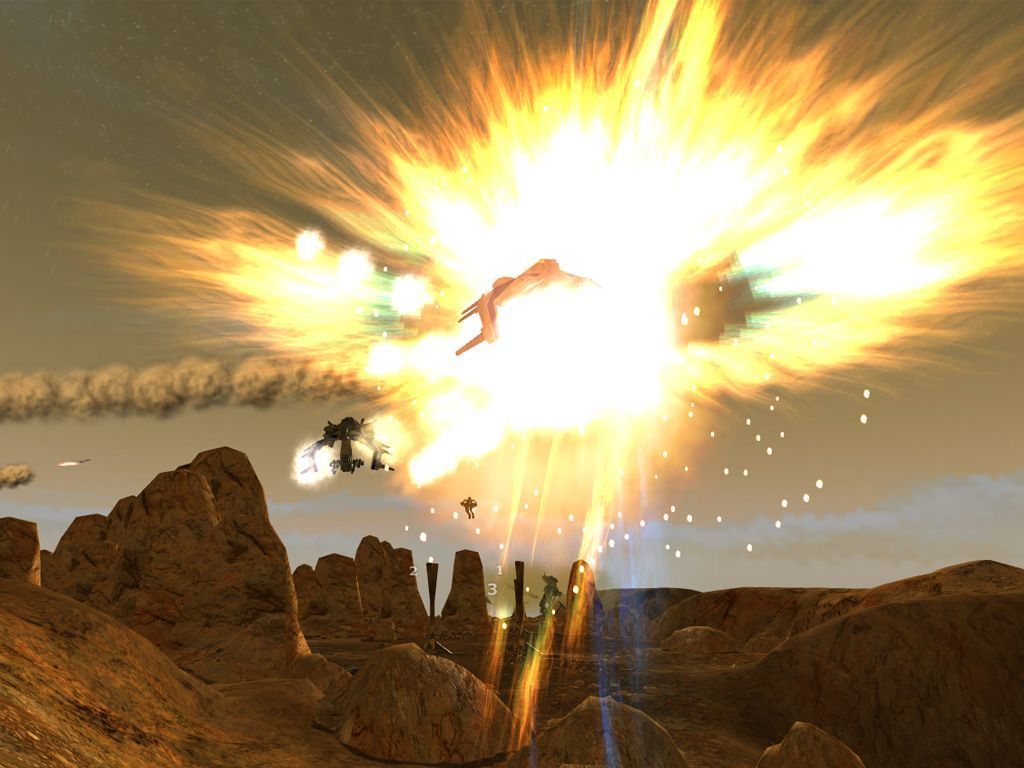 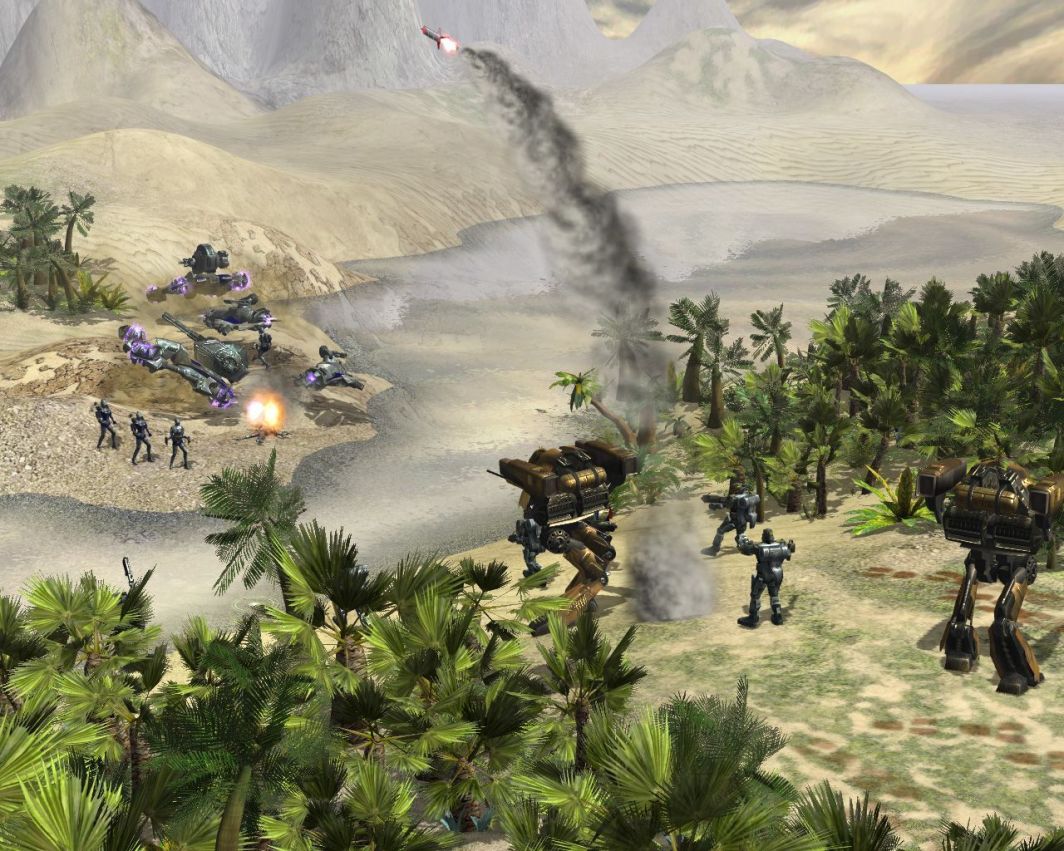 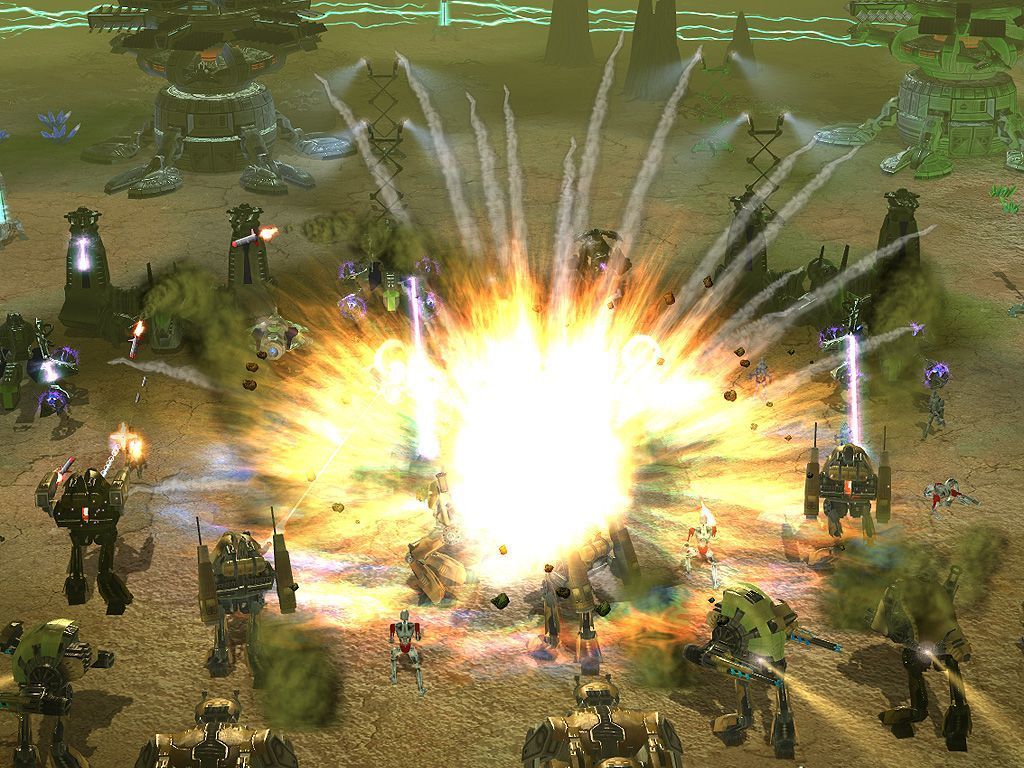 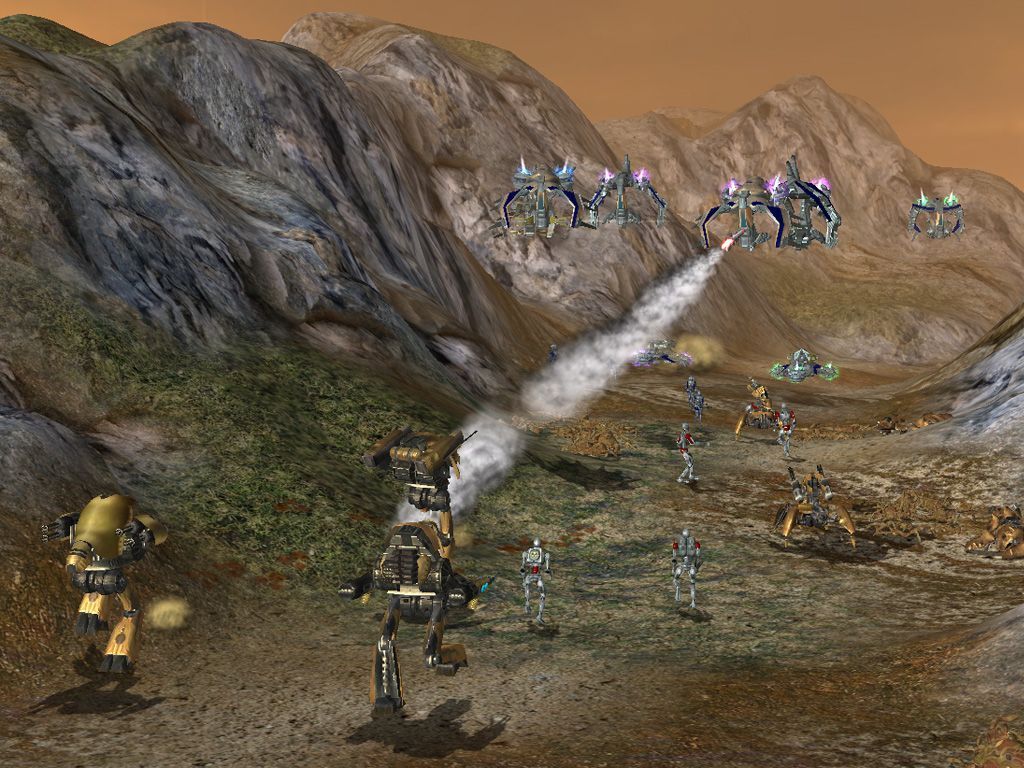 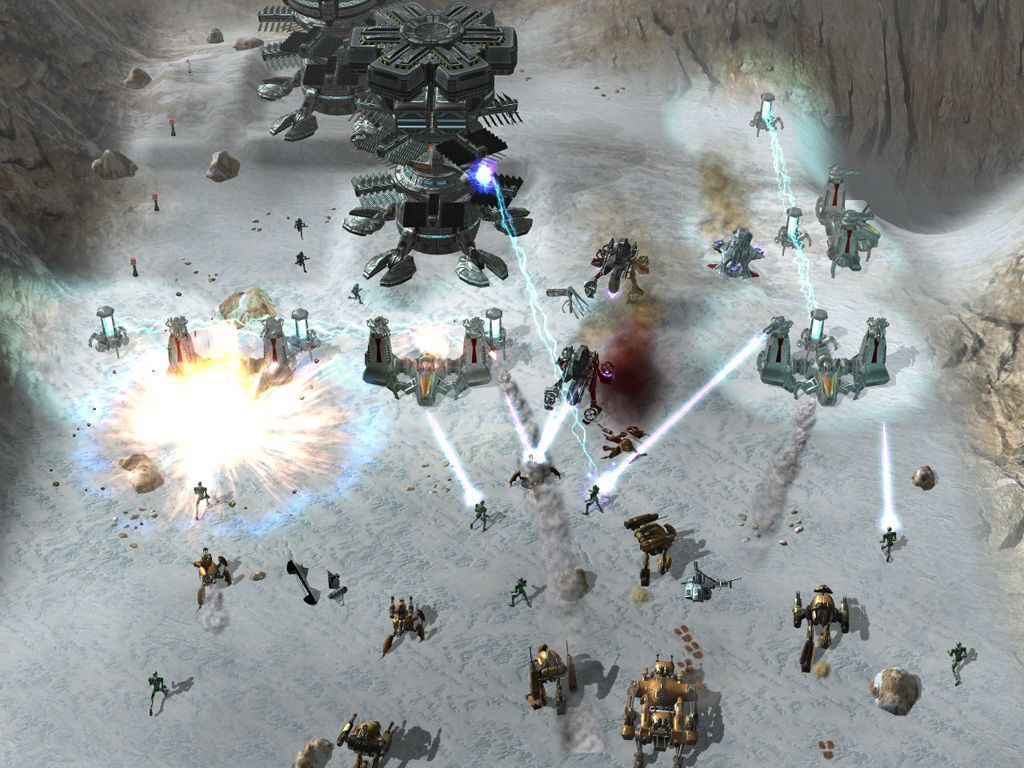 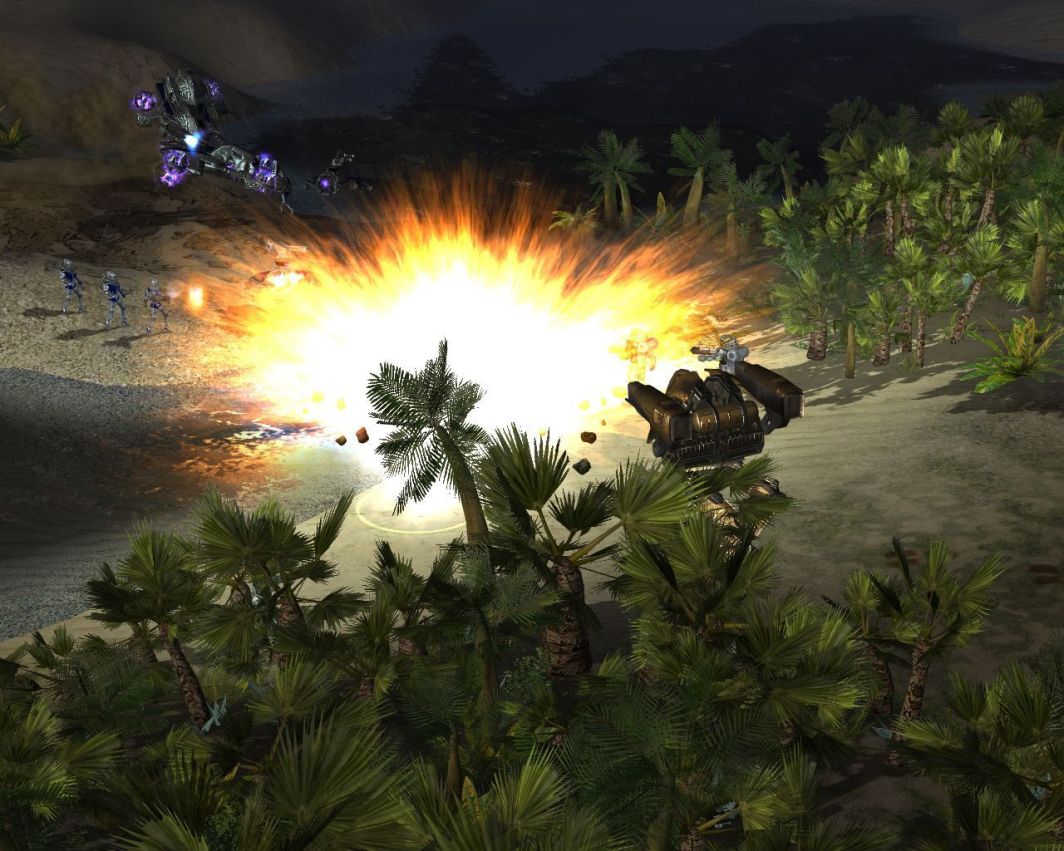 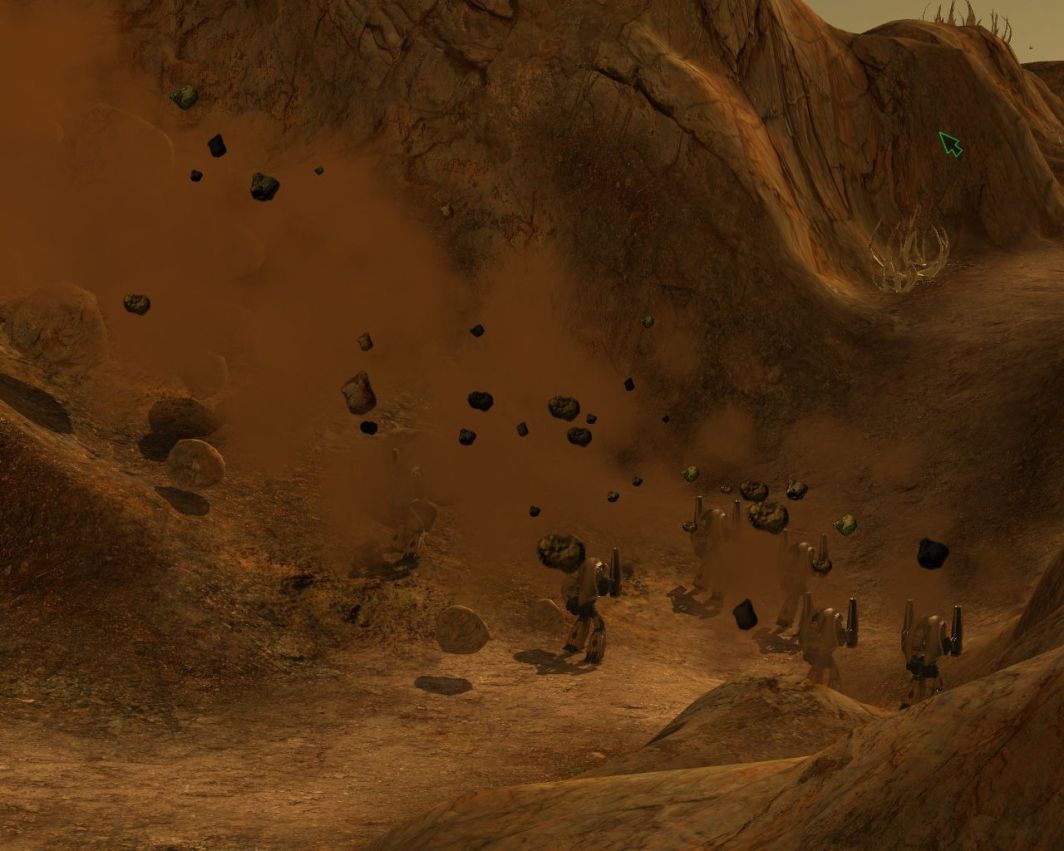 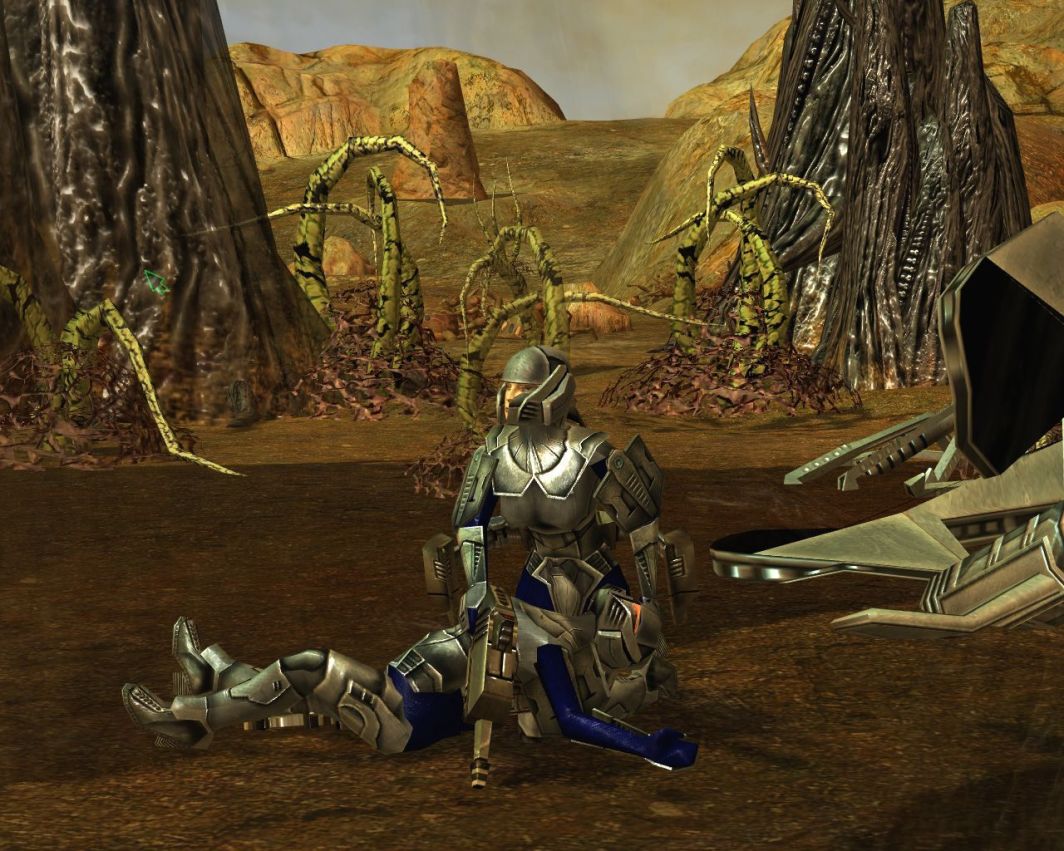 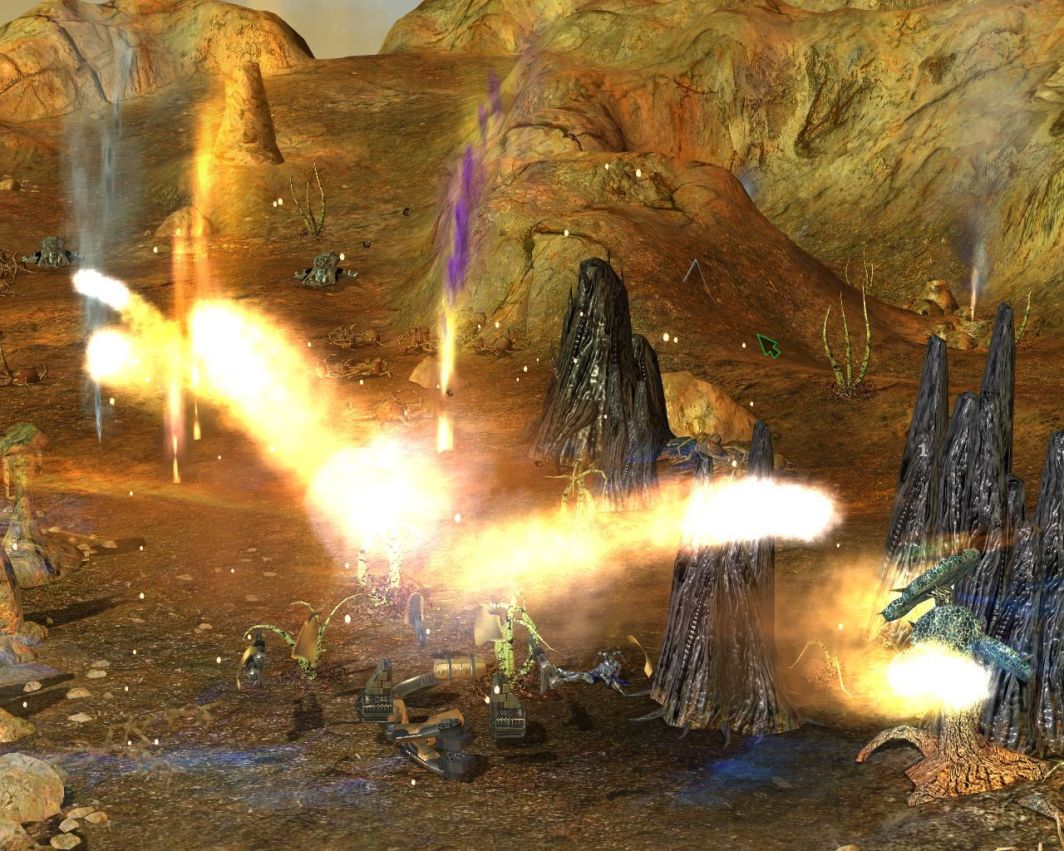 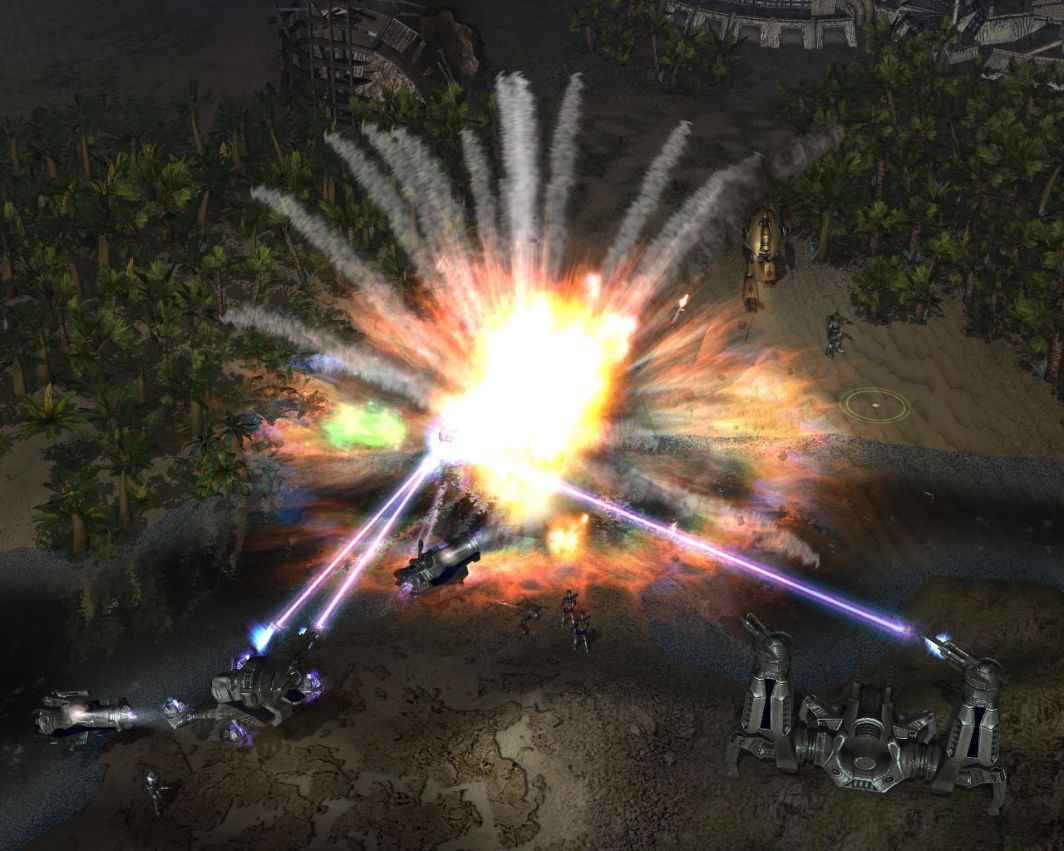 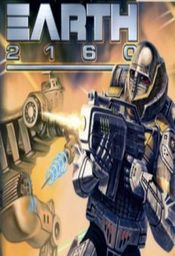 Earth 2160 is a real time strategy computer game, the third in the "Earth" series and developed by Reality Pump studios. It is a direct sequel to Earth 2150.

After the destruction of the EARTH in 2150, the leaders of the Eurasian Dynasty escaped on board an evacuation fleet. Now they are fighting for the survival of the human species. Their base is one large building comprising of smaller variable parts.

The Lunar Corporation is already on the Red Planet and has to fight to find a new base and home after the destruction of the Earth. LC buildings are built one on top of the other, similar to a skyscraper, but with one big difference - they have the ability to defy all the laws of gravity to move quickly to a new location.

The UCS (United Civilized States) machines evolved from the UCS battle machines. During the long flight to Mars, the computer decided to kill all human survivors and then initiated a plan to conquer the solar system with its own mechanical army. The Aliens - alien renegades were imprisoned a long ago, deep in the unknown history of Mars.