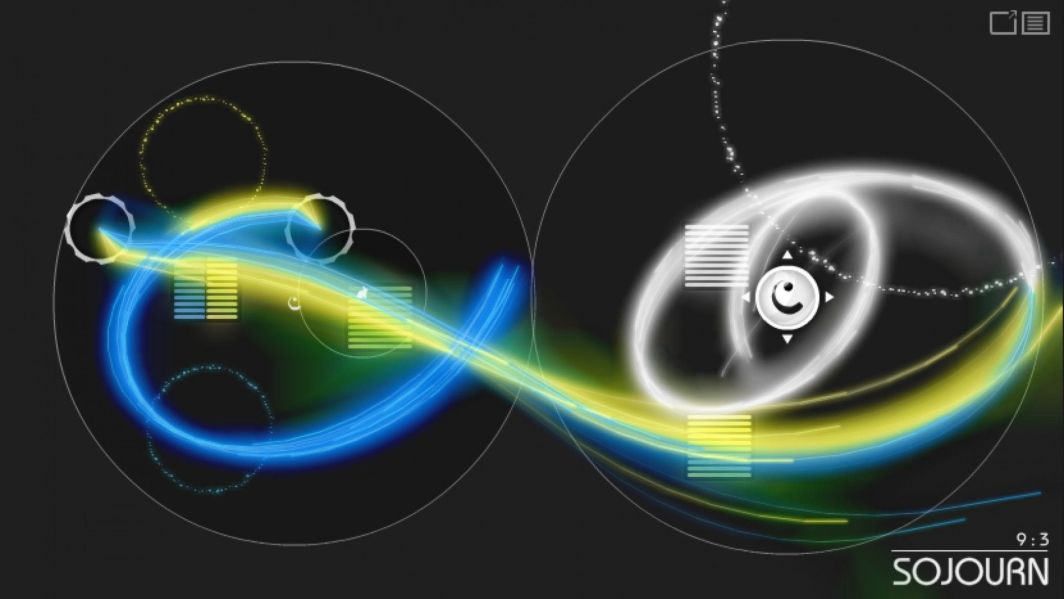 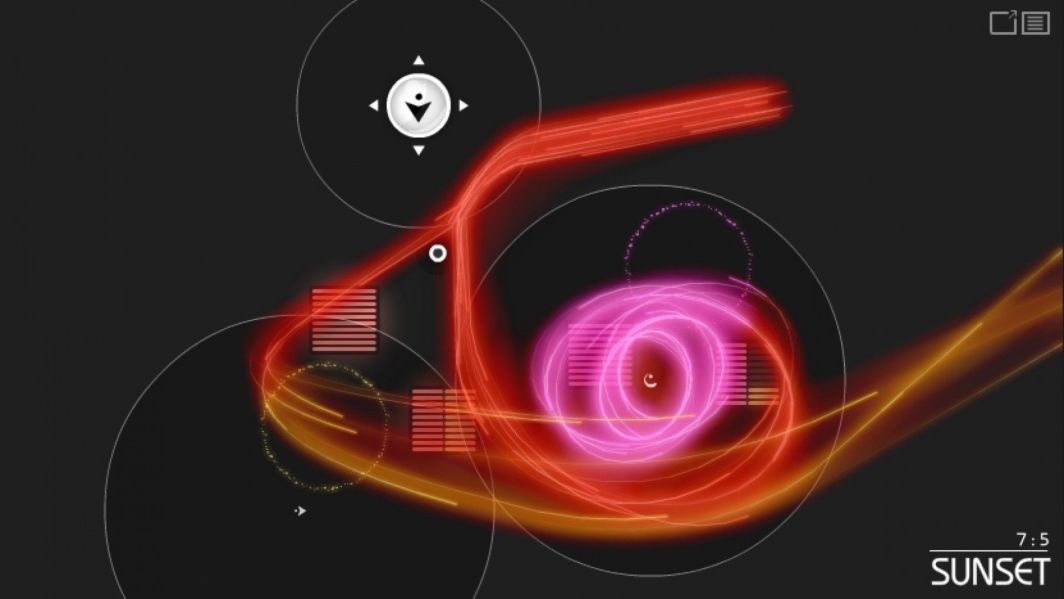 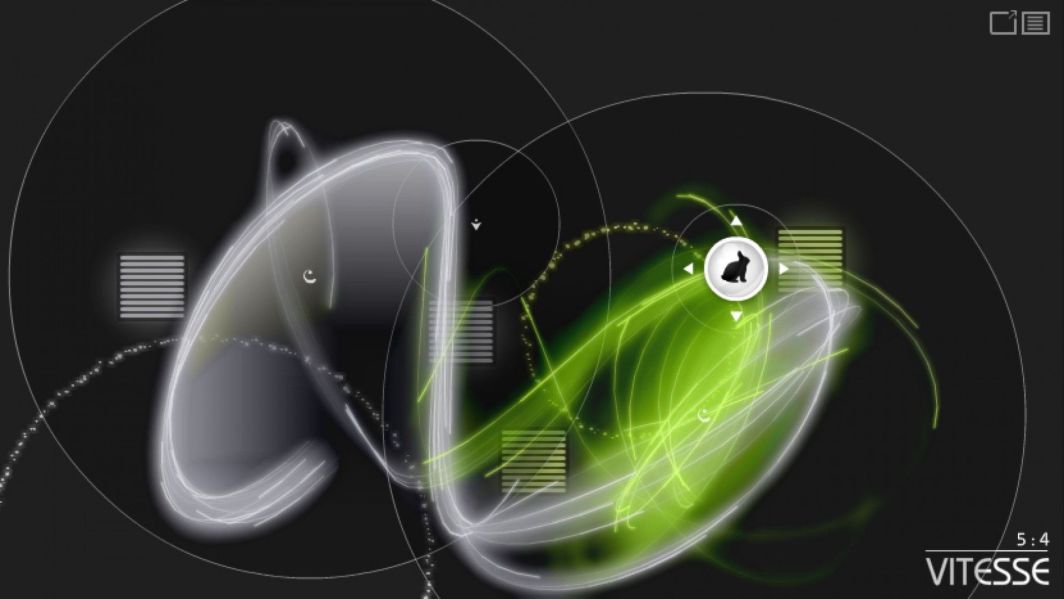 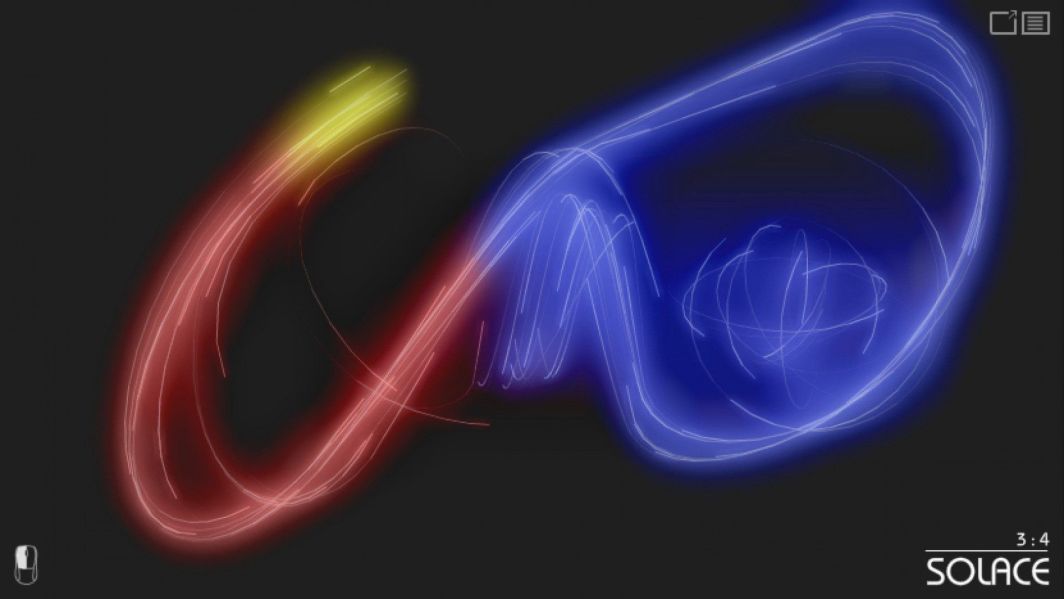 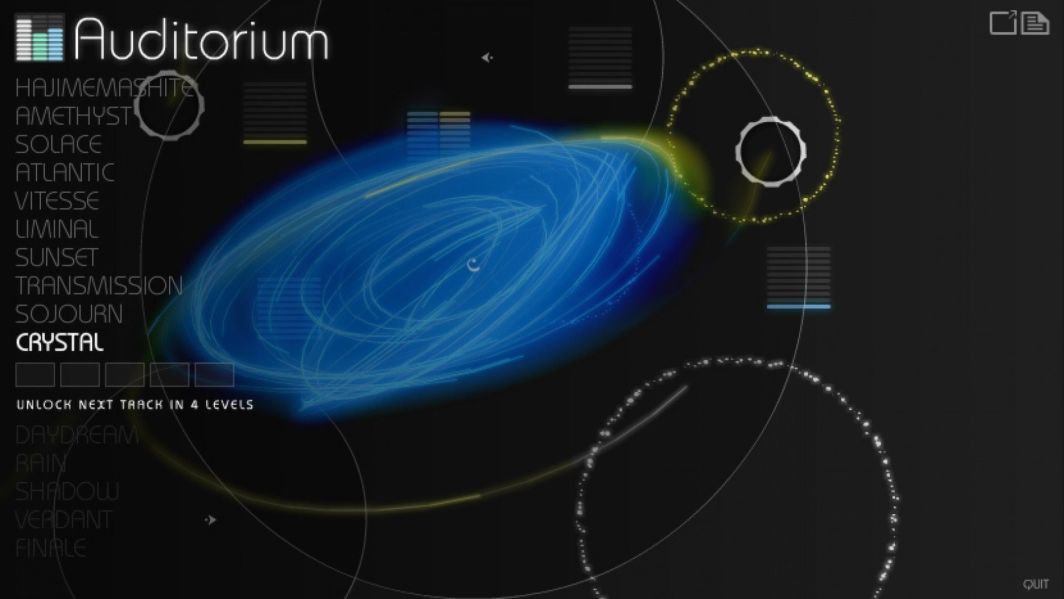 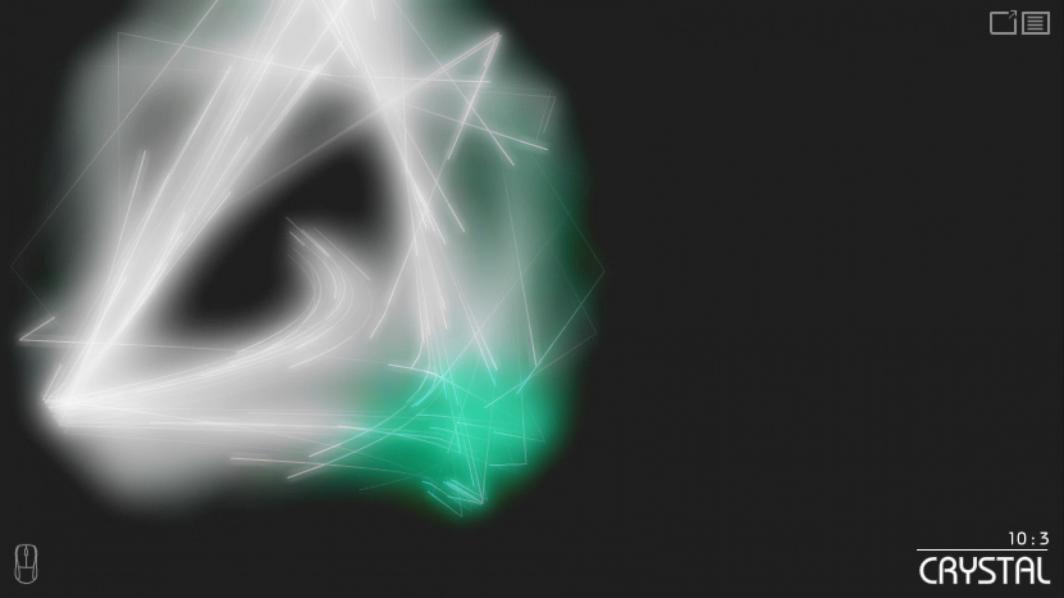 In Auditorium, the player uses various game mechanics to bend streams of light particles to fill audio containers. As each of the audio containers is filled, an audio channel introducing an instrument or sound is added to the game's music. In most levels, the audio containers are a variety of colors which the particle stream must match in order to fill it. The player changes the color of the stream by manipulating it over fixed areas of the level which dye the particles as they pass through them. The goal of each level is to direct and split the stream in such a way that each audio container is filled simultaneously, revealing the level's full soundtrack.